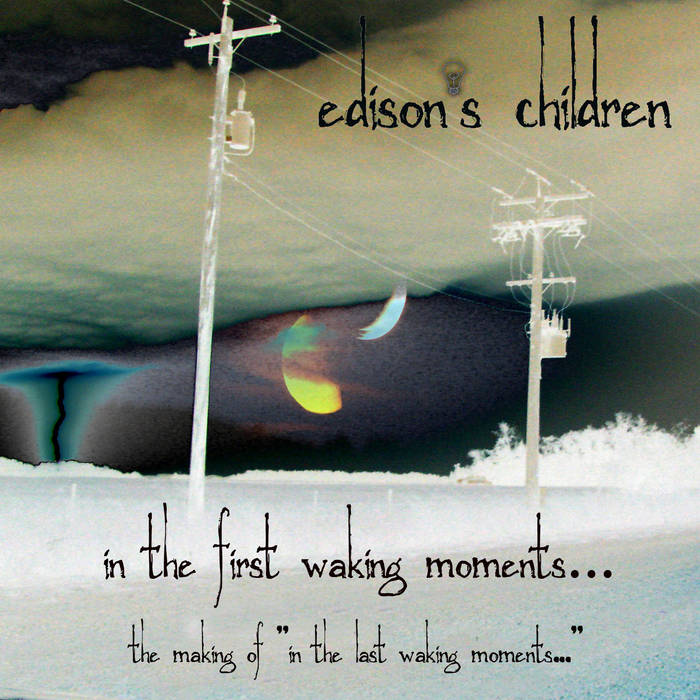 On 11.11.11 Pete Trewavas (Marillion/Transatlantic) and Eric Blackwood (Blackwood & Foti/Sunblister) of Edison's Children released the Single "Dusk" and on 11.18.11 came the full CD "In The Last Waking Moments"... this epic record over the course of the past full year has gotten more 5 star reviews than nearly any progressive rock release in over a decade. Today, we celebrate this record with this new CD "In The First Waking Moments... The Making of ITLWM". A collection of the demos as they originally began. When Pete Trewavas was still the lead vocalist of A Million Miles Away and Eric had yet to put down his famed "Smokey Bar-room" style vocal. When Eric Blackwood was still the lead vocalist on Outerspaced (and still entitled Blackwater) and put through a vocal effort that would scare small children (and large ones). The Awakening was still called Squonkie 12.9 and didn't yet have the song "Slow Burn" in the middle but instead... "The Longing" which was pulled at the last minute to be used on Edison's Children's NEXT album. The lead was still 2 epic outro lead was 2 minutes longer before Pete gave it a haircut. The Legend of Irene... recorded during hurricane Irene on a simple iPhone, this is the only known version of the song in existance. The goofy blues tune by Fuzzy Waters (as they Pete and Eric rename themselves for the day), this is Pete and Eric letting off some steam in between some pretty intense writing and recording sessions.
Did you know that Pete Trewavas and Eric Blackwood had an entire albums worth of music written before the famed "Mont Saint Sauveur Sessions" including the 25 minute "Silhouette" but at the last minute, changed the album completely... all based on a single little song that Eric played for Pete? The song was Fracture 1.0. When Pete heard the song, he began writing pieces into it and together they wrote new songs around it, and by the time the Montreal 2011 Convention came, there was an entirely new album's worth of music written. All of the previously written songs were scrapped and the new "In The Last Waking Moments..." came to be. For the first time ever, you can hear Fracture, exactly as Pete Trewavas heard it that day that changed everything!

We hope you like this collection of material. There is so much more music in different stages of its life. You will hear them all right now... on In The First Waking Moments...