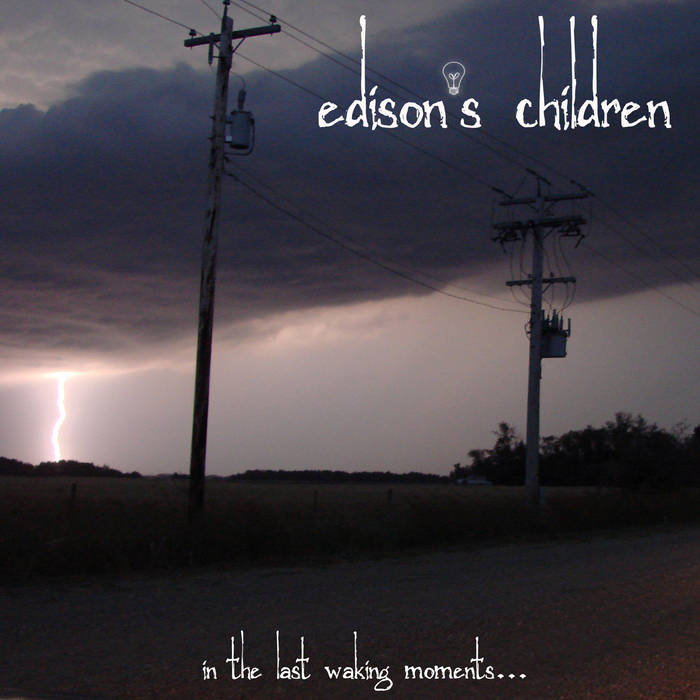 Garents DroSongs An excellent album. It's good enough that I bought the digital download even though I've owned the CD for years now. This is an album I can play over-and-over and enjoy it every time.

[ and later on I notice: each song in the digital download has it's own distinctive cover art! ] Favorite track: A Million Miles Away (I Wish I Had A Time Machine).

In The Last Waking Moments... is Edison's Children's first studio album featuring Pete Trewavas (Marillion/Transatlantic) and Eric Blackwood (Blackwood and Foti/Sunblister/Crimson Steele). Trewavas and Blackwood composed and produced the album and played every instrument and Vocal except for special guest appearances by Marillion, Andy Ditchfield (DeeExpus) and Robin Boult (Fish). ITLWM is the only time that all of Marillion have appeared on the same album together that wasn't a "Marillion" album.

In The First Waking Moments... is a concept album about an individual who experiences a strange and unusual occurance and attempts to determine whether it was reality or a descent into madness.

Mixed and Mastered by Mike Hunter and Robin Boult

Engineered, Composed and Produced by Pete Trewavas and Eric Blackwood

All instruments and Vocals by Pete Trewavas and Eric Blackwood except where indicated.